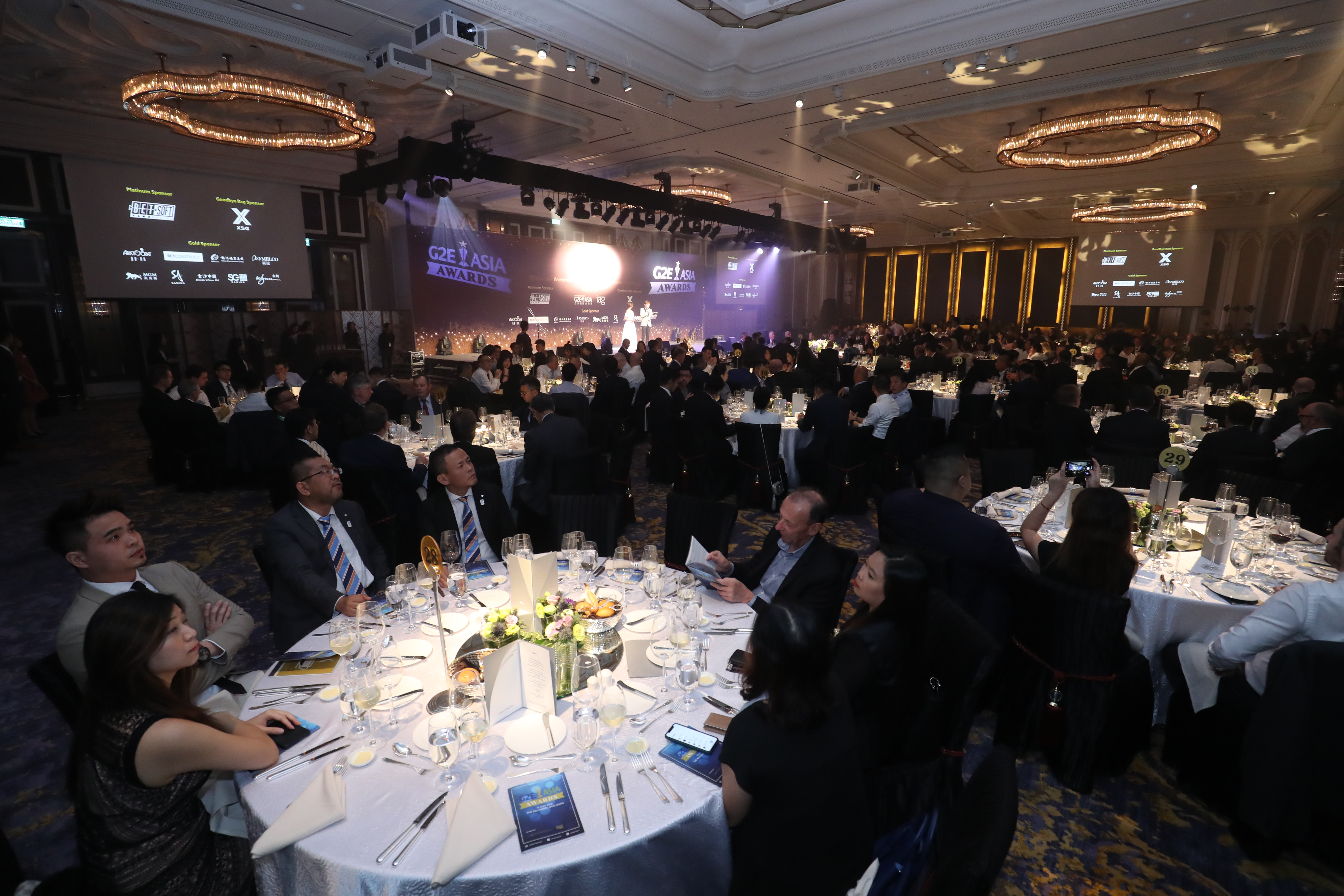 The prestigious formal dinner event will recognize excellence and innovation within Asian gaming while celebrating the success and outstanding contributions of the entire entertainment industry in Asia. The awards evening will provide an unrivaled industry networking opportunity.

Nominations are currently open for the 12 awards categories until Friday 5 April 2019. Any member of the gaming and entertainment industry may submit a nomination by visiting G2EAsiaAwards.com. Companies are welcome to nominate themselves.

The G2E Asia Awards judging panel, which can be seen on the award website, will select the official award nominees after the nomination period has closed. Award winners will be announced at the G2E Asia Awards gala dinner.

For more information on sponsorship packages or tickets to the G2E Asia Awards, contact:

About G2E Asia
G2E Asia is the international gaming trade show and conference for the Asian gaming industry. Organized by the American Gaming Association (AGA) and Reed Exhibitions, G2E Asia made its debut in 2007, defining itself as the preeminent show for the Asian gaming –entertainment industry.

About the American Gaming Association (AGA)

The American Gaming Association (AGA) is the premier national trade group representing the $261 billion U.S. casino industry, which supports 1.8 million jobs nationwide. AGA members include commercial and Tribal casino operators, gaming suppliers and other entities affiliated with the gaming industry. It is the mission of the AGA to achieve sound policies and regulations consistent with casino gaming’s modern appeal and vast economic contributions.

Reed Exhibitions is the world’s leading event organizer, with over 500 events in 30 countries, and a staff of 3,900 exhibition specialists. Today Reed events are held throughout the Americas, Europe, the Middle East, Asia Pacific and Africa and serve 43 industry sectors with trade and consumer events. It is part of the RELX Group plc, a world-leading provider of information solutions for professional customers across industries.

About Inside Asian Gaming

Inside Asian Gaming is Asia’s premier B2B digital and print industry publication for the leisure and gaming sector. Founded in 2005, IAG has a broad business editorial focus on the Asian gaming and integrated resort industry. It is widely distributed to industry executives throughout Macau and the rest of Asia in two formats: a monthly digital and print magazine and a daily e-newsletter titled IAG Breakfast Briefing, which is sent at 8am each Macau business day.